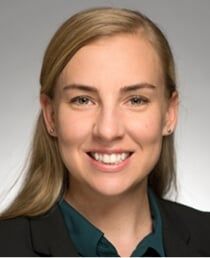 After high school, she attended Indiana University, Bloomington where she received a degree in Social Work. After college, she went to work for the Indiana Department of Child Services as a Family Case Manager. Later she became a Home Based Case Manager. In 2012, Whitney enrolled at the Indiana University Robert H. McKinney School of Law where she graduated in May of 2015. While in law school, in addition to clerking for Craig, Kelley & Faultless LLC, she clerked for the Indiana Legal Services Inc., and Kahn, Dees, Donovan & Kahn, LLP. Whitney became an attorney in September 2015. As an attorney, Whitney oversees cases that did not settle at mediation. She manages these cases all the way through trial if the cases do not settle.

US District Court, Northern and Southern Districts of Indiana, 2015

Recipient of the Resident Merit Award

Recipient of the Norman Lefstein Award of Excellence