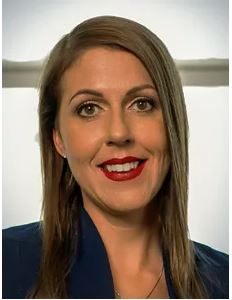 If a person was measured by how many units of their life they gave for the benefit of others, Stephanie would beat Mother Teresa. She just happens to be a world-class trial lawyer instead of a nun.

Stephanie is the absence of pretentiousness. She is an incredible listener, has an amazing memory, and is astoundingly resourceful. She doesn’t judge; she’s quick to understand and forgive; and those (family, friends, colleagues, clients) who share a bond with her know how her immense powers have improved their lives.

She serves on the Standard Jury Instruction Committee (Civil), having been appointed by Florida’s Supreme Court in 2019. Stephanie’s passion and determination also extend beyond trial lawyering. For more than a decade, Stephanie contributed 100+ pro bono hours annually, advocating for neglected children in Hillsborough County as an attorney ad litem and guardian ad litem. Stephanie is also the repeat female Champion of the American Lung Association’s Tampa Climb for Air, beating hundreds of competitors, and still holds the record for the fastest female to climb the 42 floors of Tampa’s Bank of America building with a time of 6 minutes, 5 seconds. She also volunteers as a Co-Troop Leader for the Girl Scouts.

Stephanie has been recognized by Martindale with an AV Preeminent Rating, the highest available. Many of the exceptional peer reviews she received came from courtroom opponents she has faced over the years. Back in 2013, one adversary wrote: “[o]ur defense team estimated Ms. Miles trial experience well beyond her actual experience. She is an excellent trial attorney, always prepared and quick on her feet.”

Stephanie has guest lectured law students in upper-level insurance law at Stetson College of Law for the last 7 years.

Stephanie has built great cases from scratch, turned brand new law grads into skilled trial lawyers, and won repeatedly for her clients when she has been the only attorney facing dozens of defense lawyers in cases against heavy industry, insurance companies, and hospitals. During trials, she enjoys a reputation for being the last to bed and the first to rise, even if it means sleeping on the couch in her office. If the job needs to be done, it will get done because of Stephanie.

Stephanie has handled a wide variety of high-stakes cases arising from sports injuries, defective products, car accidents, medical malpractice, and insurance bad faith. She has tried bad faith and catastrophic personal injury cases in federal and state courts in Tampa, Miami, Jacksonville, Naples, and Deland. This past summer, her trial team recovered $10 million for a young man who was paralyzed at a summer football camp. She was also part of the appellate team that convinced Florida’s Supreme Court to hold insurance companies liable for attorney’s fees that result from unaccepted proposals for settlement.

Some of Stephanie’s Reported Decisions: