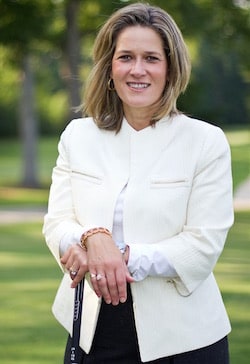 Robin Frazer Clark is the owner and founder of the law firm of Robin Frazer Clark, P.C. Ms. Clark has practiced law for thirty years in Atlanta, Georgia, all as a trial lawyer in personal injury cases. Prior to this firm she was a partner in Clark Goldner, P.C. from 2004-2006 and a partner in Jewett and Clark, LLC from 1997-2004. Ms. Clark devotes one-hundred percent of her practice exclusively to representing everyday Americans who have been injured by the carelessness of others. This includes personal injury and employment matters, automobile wrecks, tractor-trailer wrecks, premises safety, elevator and escalator cases, products safety (including defective automobile manufacture), medical malpractice and sexual harassment cases.

Ms. Clark was recently invited and inducted into the International Society of Barristers. She is a Past President of the Georgia Trial Lawyers Association (GTLA) and previously served as President-Elect, Vice-President, Secretary, Treasurer, Parliamentarian and Education Committee Co-Chair of GTLA. She served on the Editorial Board of The Verdict and was elected to membership in the American Board of Trial Advocates (ABOTA). Ms. Clark was also on the Board of Governors for the State Bar of Georgia for Atlanta Circuit Post No. 36. She is a Past President of the State Bar of Georgia and a member of the Atlanta Bar Association, in which she is a Past Chair of the Litigation Section. She is a Member of the General Practice and Trial Section of the State Bar of Georgia. She is also a member of the American Association for Justice (formerly, the Association of Trial Lawyers of America) and a member of the Executive Committee of The Lawyers Club of Atlanta. Ms. Clark is a Fellow of The Lawyers Foundation of Georgia.

Ms. Clark is admitted to the State and Superior Courts of Georgia, the Georgia Court of Appeals, the Georgia Supreme Court, the United States District Court for the Northern and Middle Districts, the United States Court of Appeals for the Eleventh Circuit and the United States Supreme Court. Ms. Clark has tried over 75 trials, the majority of which were solo trials, in the last twenty-nine years. Ms. Clark has advocated before Georgia Appellate Courts over 30 times. Ms. Clark has given numerous speeches for the Institute of Continuing Legal Education of Georgia and for the Georgia Trial Lawyers Association and has appeared on "The Layman's Lawyer" on Atlanta Public Television on the issue of products liability and has appeared on "Leyes Cotidianas," or Everyday Law, on Georgia Public Television on the issue of changes to the Georgia Civil Justice System.

Ms. Clark has served as volunteer counsel for The Carter Center program "Not Even One Child's Death by a Firearm is Acceptable or Inevitable," the Georgia Council for the Hearing Impaired and the Atlanta Bar Foundation's Truancy Intervention Project.

Ms. Clark is married to William T. Clark, Director of Political and Public Relations for Georgia Trial Lawyers Association. They have two children, Chastain, age 22, and Alexandria, age 20. Ms. Clark was a member of Saint Mark United Methodist Church for 19 years, where she served as Vice Chair of the Administrative Council. She now is a member of Glenn Memorial United Methodist Church, where she heads the Rainbow Advocacy Committee with her husband.

Ms. Clark is an avid golfer, carrying a 19 handicap. Read The Young Lawyers Division Review in which Robin Frazer Clark was highlighted for being on the first place team in the Annual Golf Tournament.

Georgia - All State and Superior Courts

Member, Editorial Board, The Verdict

Member, Board of Directors

Member at Large, Board of Directors

Former Member at Large, Board of Directors

Past Chairperson, Board of Trustees

Appearance on "Leyes Cotidianas," or Everyday Law, on Georgia Public Television on the issue of recent changes to the Georgia Civil Justice System.

Co-Chairperson, "We Can Work it Out" Seminar, The Litigation Section of the Atlanta Bar Association, Atlanta, Georgia, January 31, 2003

Instructor, Kessler-Eidson Program for Trial Techniques, Emory University School of Law, May 2002, May 2001, May 1998

Chairperson, "Take Your Adversary Out to Lunch" program, Litigation Section of the Atlanta Bar Association, 1999

Volunteer Counsel, The Carter Center, The "Not Even One Child's Death from a Firearm is Acceptable or Inevitable" Program, 1996 - 1998