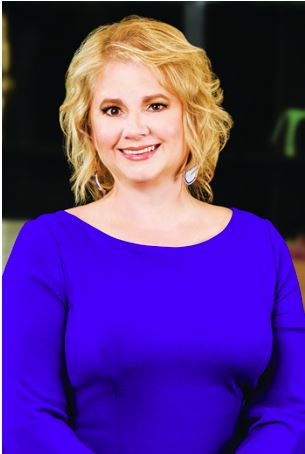 Misty Borland Phiffer is an experienced personal injury and wrongful death litigation attorney. She focused the past 24 years on fighting for the rights of hurt people and their families. Born and raised in Midland, Texas, Misty chose to return to Midland following her graduation from Baylor Law School in 1994.

She immediately began work as a personal injury trial attorney specializing in large personal injury and wrongful death cases, including those arising from trucking and car wrecks and industrial and oilfield injuries at the firm founded by her parents. She has since founded her own firm where she works solely on cases like these to protect the rights of injured individuals and enforce the safety rules against negligent individuals or companies.

A life long West Texan, Misty takes a great deal of pride in her community and the work she and her

team have done to help make it a safer, better place to live and raise a family.

There are over 218 million licensed drivers and 263 million registered passenger vehicles in the United States today. We have busier roads than any other country in the world. We all use the roads everyday to get to and from home, work, school, church, the grocery store, etc. We don’t have a choice about it and we don’t get to choose who shares the road with us. There are strict state and federal laws that are supposed to help keep us safe on the road but laws are only effective when they are followed.

If you travel by interstate or highway, you are bound to run into a truck that commands theroad with its size and power.

You know how they say: “everything’s bigger in Texas”? Well that’s certainly true for our interstates and roadways. With Texas being the second largest state in the U.S., we’re bound to have a substantial amount of serious tractor/trailer wrecks each year. As we know; tractor/trailer accidents are horrendous, but not all of us know how sobering the statistics can be.

Almost 3.1 million non-fatal workplace injuries and illnesses were reported among private industry employers in the United States last year as reported by the U.S. Department of Labor’s Bureau of Labor Statistics. Those statistics clearly show that American workplaces can still be dangerous places to spend eight hours every day. Of course, it can be an even more dangerous place to spend 20 plus hours a day as many jobs require.

People are killed every day as a result of the wrongful actions of someone else. It happens far more often than it should and if you’ve landed on this page, you’ve probably experienced this first hand.

After losing a loved one in a wrongful death accident, a bereaved family often experiences a

wide variety of emotions, from anger and rage at the responsible party, to sorrow and sadness over the loss of their family member, to frustration and helplessness when it comes to finding justice.

Each day approximately 1,000 U.S. citizens require emergency care and treatment for serious dog bite injuries. Every year approximately 9,500 citizens are hospitalized due to dog bite injuries. Many of the attacks involve children and often the worst injuries are those suffered by small children, since their height and size make them especially vulnerable to a dog attack. The first thing anyone should do who suffers a dog bite is seek immediate medical attention.

In 2015, 5,376 people were killed in pedestrian/motor vehicle crashes, nearly 15 people every day of the year. (NHTSA Traffic Safety Facts). When we look closer the numbers are even worse, there were an estimated 70,000 pedestrians injured by motor vehicles in 2015. This number is almost 15% higher than in 1996.

Electrocutions were the fifth leading cause of death from 1980 through 1992 for American workers. Electricity is present at most job sites, and many American workers, regardless of industry or occupation, are exposed to electricity daily while working. Potentially hazardous exposures can happen through contact with a wide range of items, running from something as innocent as a charging cord for your phone, to an energized overhead power line.

One in five worker deaths last year were in construction as reported by OSHA (the Occupational Safety and Health Administration). The leading causes of private sector worker deaths (excluding highway collisions) in the construction industry were falls, followed by struck by object, electrocution, and caught-in/between, where the construction worker was killed when caught-in or compressed by equipment or objects.

According to the Bureau of Labor Statistics, oilfield injuries are on the rise. A recent study listed Texas as a top three state for oil and gas extraction industry fatalities for oilfield workers. When something goes wrong on a well site or a drilling rig, the results are often catastrophic. Falls from the rig or equipment or rig collapses are, if not fatal, causes of permanent potentially life threatening injuries, including spinal cord injuries and traumatic brain injuries.

In 2015 every single day of the year two people were killed in bicycle/motor vehicle crashes in the United States. This is a 12.2 percent increase from the year before. An estimated 45,000 people were hurt while riding a bicycle in 2015. However, this number is probably far lower than the reality as research into hospital records shows that only a fraction of bicycle crashes causing injury are ever recorded by the police, possibly as low as ten percent.

Almost everyone has ridden on a bus at least once in their lifetime. You are likely blissfully unaware of the safety hazards that come along with this kind of transportation. Most of us think we’re safe riding along in those large unstoppable buses, but that’s simply not the reality of the situation. According to the U.S. Department of Transportation there were 69,000 bus wrecks in 2014 on our roadways.

The National Highway Traffic Safety Administration states that motorcyclist deaths occur 27 times more often than fatalities in other passenger vehicles. The statistics regarding motorcycle wrecks are eye opening, and unfortunately, they’re only climbing from here. Many Motorcyclists are at the risk of drivers in larger vehicles. Typically, drivers do not see a motorcyclist before making turns or switching lanes which of course can turn fatale. The motorcyclist is then left to deal with their injuries and finding a lawyer to represent them in court can be tough.