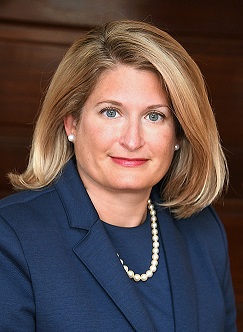 Attorney Kelly E. Reardon is known for her experience in personal injury cases, for her compassion with clients and her groundbreaking success in changing the medical malpractice law in the State of Connecticut in the case of Cefaratti v. Aranow.

In that case, Attorney Reardon successfully argued before the Connecticut Supreme Court that it should recognize the doctrine of apparent agency, which changed the landscape of medical malpractice law in the State.

Prior to becoming an attorney, she was a television reporter in Burlington, Vermont and Hartford, Connecticut. During that time, she earned praise for her empathy and integrity. News directors turned to her first when reaching out to the family of a soldier killed in Iraq or Afghanistan because of her ability to connect with those in need. This ability won her two Associated Press Awards for her reporting in Vermont and a New England Emmy Award nomination for her work at Fox 61 in Hartford.

After five years in journalism, Attorney Reardon realized that she could make a greater difference in people's lives by representing them in the courtroom than she ever could simply sharing their stories on the news. As a result, she decided to enter the exciting world of the law, earning her J.D. at Boston College Law School, where she was elected President of the student government by the entire student body.

Since 2019, she has served as Managing Partner of The Reardon Law Firm and now runs the day-to-day operations of the firm.

M.Sc. in History of International Relations

Connecticut New Leader in the Law

Board of Directors of Noank Community Support Services, 2009 to Present