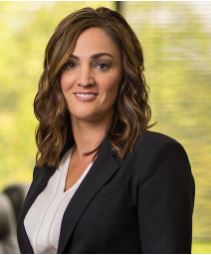 When Jami Oliver launched her own firm in 2000, she did so with one simple idea in mind: to seek justice for those who have been hurt, injured, or wronged due to the negligence of others. While she’s won numerous awards and accolades in the years since, her philosophy hasn’t changed. If you need an attorney who can advocate for you after an accident, product recall, or other tragedy, the Oliver Law Office should be your first choice.

As one of Ohio’s premier lawyers, Jami has been featured in local and national media. She has also been recognized by her peers as a leading professional in the field of personal injury law. Her firm also handles cases related to wrongful death, employment discrimination, labor disputes, drug recalls, injuries from defective products, and more.

Since she graduated from The Ohio State University School of Law in 1993, Jami’s career has been about helping victims find the voice and compensation they deserve. If you need legal representation related to a personal injury case – or just want to find out about your options – speak to a member of the Oliver Law team today.

US District Court, Southern and Northern Districts of Ohio, 1995

Ohio Association for Justice (Board of Directors 2000-current)