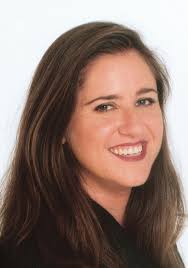 St. Louis, MO | 2008- Present One of two trial attorneys and members of small plaintiff's personal injury firm. Genevieve has been a successful young trial attorney winning no-offer cases in difficult venues. She has also successfully handled all aspects of cases which were settled before trial. She became an owner of the firm in 2008 after working as an associate for 6 years.

St. Louis, MO | 2001 - 2007 Associate: As the sole associate at this small plaintiff's personal injury firm, she handled all aspects of litigation and trial.

Alton, IL | 2000 - 2001 Associate: Genevieve was also the sole associate at this firm where the focus was protecting the rights of disabled children and adults. She navigated administrative agency processes and spent a large portion of her time researching and writing complicated briefs both at the administrative and trial court review level. She also assisted Mr. Kennedy with several administrative hearings where she had the opportunity to begin to understand the basics of trial strategy.