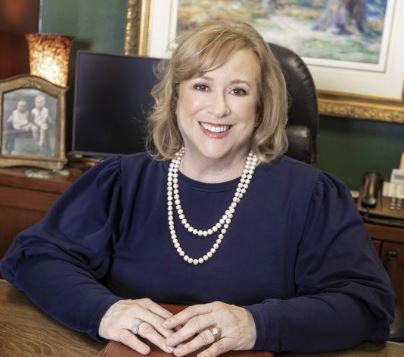 Cynthia Eva Hujar Orr has attained national prominence defending citizens and entities in state and federal trial and appellate courts. She has earned the profound respect of her colleagues who elected her to Chair of the American Bar Association (ABA) Criminal Justice Section in 2014. Cynthia served as President of the National Association of Criminal Defense Lawyers from 2009-2010, President of the Texas Criminal Defense Lawyers Association in 2003, and became the first President of the San Antonio Criminal Defense Lawyers Association in 1999. She currently serves on the Board of Governors for the Bar Association of the Fifth Federal Circuit. In the local community, Cynthia is a member of the San Antonio Bar Association and the SABA Federal Courts Committee, and Co-chair of the Criminal Law Subcommittee. Downtown Rotary Club and chair of the San Antonio Bar Association's Federal Courts Committee - Criminal Law Subcommittee. She is a member of the Downtown Rotary Club and the San Antonio Greater Chamber of Commerce. Cynthia is an inductee into the San Antonio Woman's Hall of Fame. She is co- founder of the Texas Innocence Network, the San Antonio Minority Business Accelerator and the Greater San Antonio Chamber of Commerce Women's Opportunity Week. Cynthia is listed in The Best Lawyers in America and is listed as the Best 100 Trial Lawyers in Texas by The National Trial Lawyers. She has an AV rating by Martindale Hubbell. Cynthia obtained the first confession of error by the State of Texas in a death penalty case. She was counsel on the Amicus brief in CNN vs. General Manuel Noriega before the United States Supreme Court where she successfully defended this unpopular defendant's attorney-client privilege. She is most active advocating criminal justice reforms. A 1979 undergraduate of the University of Texas at Austin and 1988 graduate of St. Mary's University Law School, Cynthia began her career clerking for Fifth Circuit Judge Emilio Garza when he was on the District Court bench in San Antonio, Texas. She is proficient in trial, appeals, writs of habeas corpus, petitions for discretionary review, writs of certiorari, mandamus, prohibition and corum nobis. Her breadth of experience with each vehicle compliments the others, making her a strong and experienced advocate.

The State of Criminal Justice, American Bar Association, 2009 The State of Criminal Justice, American Bar Association, 2008 The ABA Criminal Justice Standards for the Defense and Prosecution Function, American Bar Association, 2009 Lost Power, Texas Lawyer, December 22, 2003 Defending the Right to Defend, July/August, 2003 After All, We Are Professionals, September, 2003 The High Court Should Strike Down Laws Effecting a Power Grab by the Attorney General, October, 2003 Thank You Sir, May I Have Another?, November, 2003 We Don't Need No Stink'n Privilege, December, 2003 The "War on Drugs" and Other Follies, January/February, 2004 Where Is The Court Going With the Fourth Amendment? Search Me?, April, 2004 We Take No Note of Time But From Its Loss, May, 2004 Evolving Standards of Decency: Support for the Death Penalty Is Waning and Habeas, Federal Court Review of New Evidence Procedurally Barred As An Abuse, Court of Criminal Appeals, June, 2004 Achieving Justice: Freeing the Innocent, Convicting the Guilty, Report of the ABA Criminal Justice Section's Ad Hoc Innocence Committee to Ensure the Integrity of the Criminal Process