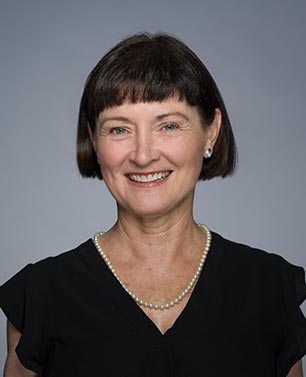 “Few will have the greatness to bend history itself, but each of us can work to change a small portion of events. It is from numberless diverse acts of courage and belief that human history is shaped. Each time a man stands up for an ideal, or acts to improve the lot of others, or strikes out against injustice, he sends forth a tiny ripple of hope, and crossing each other from a million different centers of energy and daring those ripples build a current which can sweep down the mightiest walls of oppression and resistance.” ROBERT F. KENNEDY

Upon graduation, she practiced as an associate with the Gainesville firm of Watson, Folds, Steadham, Sproull, Christmann, & Brashear, P.A. between 1981 and 1983.

From 1985-1986, she served as the Assistant Director of Legal Research & Writing at the University of Florida Levin College of Law. She received the Recognition of Service Award from the Legal Panel of the American Civil Liberties Union of Florida in 1992.

From 1993-1998, Ms. Fine practiced as a partner in the law firm of Springfield & Fine, P.A., specializing in criminal defense law. She is a former president of the Eighth Judicial Circuit Chapter of the Florida Association of Criminal Defense Lawyers and is also a member of the Criminal Law Section of the Florida Bar Association. In addition, she has taught legal research and writing at the University of Florida College of Law.

Fun Fact: She has chickens and bees 🙂

"I chose to practice law because of Perry Mason, Poppy, and not having confidence in my artistic ability."

The James C. Adkins, Jr. Chapter of the American Inns of Court, Master

President, Friends of Music of the University of Florida

Member, Friends of Music of the University of Florida, 2005 – Present