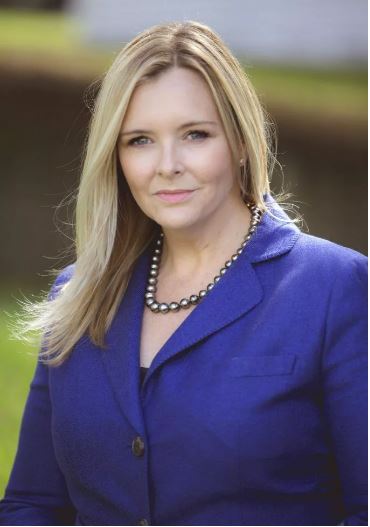 Caroline Munley is a top-rated personal injury lawyer and a fierce guardian of victims’ rights. As Munley Law’s managing partner, Caroline has won millions of dollars for car accident, commercial truck crash, and workplace injury victims. She is widely recognized as an impassioned advocate and tenacious courtroom lawyer, and was honored to be named to the lists of Top 25 Women Trial Lawyers in PA, Best Lawyers in America, and Multi-Million Dollar Advocates. She was named as one of the Top 25 Medical Malpractice Trial Lawyers in Pennsylvania by the Medical Malpractice Trial Lawyers Association.

Caroline’s father, the late Robert W. Munley, instilled her commitment to fighting for justice for all and inspired Caroline to become a lawyer. In addition to her major car and truck accident case victories, Caroline works tirelessly to better the local communities of northeast Pennsylvania. She serves as a board member for the Everhart Museum in Scranton, Pennsylvania, and sits on the Capital Campaign Committee for the Women’s Resource Center of Northeastern Pennsylvania. She is also a frequent contributor to the Scranton Times-Tribune on issues of community safety. Caroline and her husband Edward Mullin are proud parents of two daughters.

SETTLEMENT FOR A TRAGIC AIRPLANE CRASH

FAMILY OF A MARINE WHO WAS KILLED IN A TRUCK CRASH

SERIOUSLY INJURED IN A TRUCK ACCIDENT

SETTLEMENT FOR WOMAN MISDIAGNOSED WITH CANCER.

SETTLEMENT FOR DRIVER OF A VAN INVOLVED IN ACCIDENT WITH A TRUCK.

VERDICT FOR FAMILY INJURED BY 16-YEAR-OLD-DRIVER.

JURY VERDICT AGAINST BANK FOR BREACH OF VERBAL LOAN AGREEMENT.

SETTLEMENT FOR BOY HIT BY BUS AT SUMMER CAMP.

Seal of the U.S. Distr Court for the Eastern District of Pennsylvania

UNITED STATES DISTRICT COURT FOR THE EASTERN DISTRICT OF PENNSYLVANIA

UNITED STATES COURT OF APPEALS FOR THE THIRD CIRCUIT

Publications and Other Achievements

Board of Trustees, the Everhart Museum of Natural History, Science, and Art Capital Campaign Committee, Women’s Resource Center of NEPA Board member, the Scranton Club Caroline is married to Edward Mullin and is the proud mother of two daughters