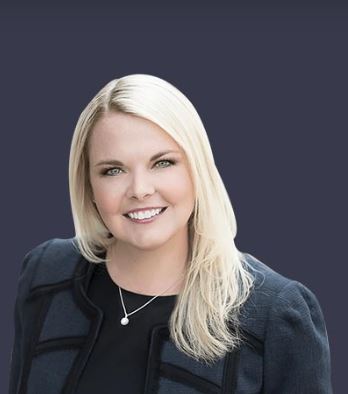 Ashley began her career at Hare Wynn as a summer law clerk in 2009 and was hired as an associate after earning her J.D. from the Cumberland School of Law in 2010.

As a young girl, Ashley was often told that she should be a lawyer, but she didn’t know what type of law to pursue until she clerked at Hare Wynn. At the firm, she saw how her skills could align with her passion for advocacy and speaking up for those in need.

Her first jury trial resulted in a $15 million verdict against a gas station that sold alcohol to minors without checking for identification. Ashley recently argued this case in front of The Alabama Supreme Court, where the verdict was affirmed, making it the largest damages judgment in 20 years.

Leadership and community service are important to Ashley, as evidenced by her selection to participate in Leadership Birmingham’s Class of 2019-2020, her election as secretary of the Birmingham Bar Association Young Lawyers Executive Board in 2013-2014, and her membership with ALAJ where she served as President of Emerging Leaders, as well as other local and state leadership initiatives and forums.

Outside of the courtroom, Ashley has formerly coached the Hoover High School Trial Team and HASS trial team. She teaches public speaking and critical thinking skills at Restoration Academy, a school for at-risk, inner-city children.

Ashley considers it an honor to stand up to big businesses, insurance companies and large corporations when the individuals she represents cannot stand up for themselves. She cannot imagine doing anything else with her life.

After graduating from the University of Florida, Ashley received her postgraduate degree from the Cumberland School of Law, where she was active in the trial advocacy program. She was a member of Cumberland’s National Trial Team, and for two years in a row, brought home the trophy in the Texas Young Lawyers Association’s National Trial Competition.