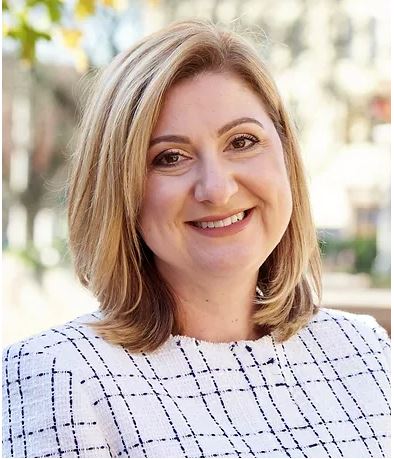 "Fight for the things that you care about, but do it in a way that will lead others to join you."

Antonetta is a natural trial attorney with a long history of fighting for justice. Her courtroom skills are rooted in a 16 year career as a state and federal prosecutor. That career began in Bronx County, NY, where she handled a number of high-profile cases, including the prosecution of rapper Earl Simmons (better known as DMX). Antonetta then served as an Assistant U.S. Attorney for the Eastern District of Texas handling the most serious cases in the Capital Crimes Unit. In 2011, Antonetta returned to her Pennsylvania roots, and spent the next 8 years at the Bucks County District Attorney's Office. While there, she served as Chief of the ARD Unit, Vehicular Crimes Unit, Major Crimes Unit, and Special Investigations Unit. She also served as a special prosecutor to the Montgomery County District Attorney's Office on the cases involving former Commissioner Jim Matthews and former PA Attorney General Kathleen Kane.​

Antonetta has been presented with commendations from The Montgomery County District Attorney's Office, The Pennsylvania Office of the Attorney General, The Department of Justice, and the FBI Counterterrorism Unit. In 2017, she was presented the "Outstanding Prosecutor Award" by the Pennsylvania Narcotics Officers Association. She received the Bucks County District Attorney's Office Wagner Award, and twice received the Office's Valor Award.

During her time as a prosecutor, Antonetta handled every type of case, from DUI to Homicide. She brings that unique and invaluable experience to defending the charges brought against you. She has an intimate knowledge of how cases are prosecuted and puts that knowledge to work for her clients.

Antonetta is a leading voice in criminal justice, and has been responsible for the training of attorneys and law enforcement officers statewide on the topics of trial advocacy, trial preparation, PA grand juries, and vehicular crimes.

Antonetta earned her B.A. from Lehigh University, and is a graduate of Hofstra University's Maurice A. Dean School of Law. While at Hofstra, Antonetta was selected to work as part of the defense team for a high-profile campus homicide. She also was admitted to the school's summer program in Nice, France, where she studied Comparative Constitutional Law under the direction of Justice Ruth Bader Ginsburg. She is an avid cyclist who lives in Doylestown, PA with her husband and two children.