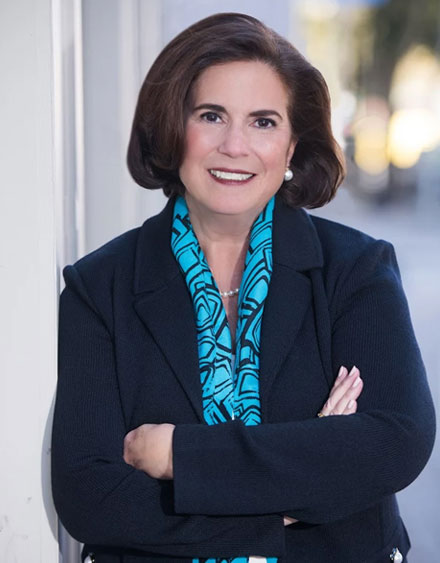 After graduating from law school, Attorney Jacobs worked as outside counsel for State Farm Insurance Company and subsequently worked as staff counsel for the Home Insurance Company, and Chubb Insurance Group, all in New York City. In 1992, Attorney Jacobs established her own practice in Connecticut, representing people who had been injured, utilizing the wealth of knowledge obtained while working for insurance companies. The experience of working for insurance companies has resulted in her being able to effectively and successfully resolve cases to the benefit of her clients.

Since 1992, Attorney Jacobs has dedicated herself to representing injured people and is very committed and involved in her community and continues her family’s tradition of charitable giving and concern for others. In addition, she volunteers her time as a Court Appointed Attorney Trial Referee, and Court Arbitrator, to assist the Courts in resolving cases. Attorney Jacobs has had advanced training as a civil case mediator as well as being trained as a divorce mediator.

o Mission to Combat Racism and Genocide through Education